On February 6, 2018 Tolerance and Diversity Institute (TDI) held a discussion on the topic Public School and Religion at the Information Center on NATO and EU.

The speakers of the discussion were: Mariam Chikobava - the Head of National Curriculum Division at the Ministry of Education and Science of Georgia, Metropolitan Ioane Gamrekeli - chairperson of the Holy King David Agmashenebeli Educational Center of Patriarchate of Georgia, Bishop Rusudan Gotsiridze of Evangelical-Baptist Church of Georgia and Shalva Tabatadze - director of Center for Civic Integration and Inter-Ethnic Relations. The discussion was led by Mariam Gavtadze - member of TDI’s board of directors.

Metropolitan Ioane Gamrekeli spoke about the historic context and significance of teaching religion in public schools, indicated specific plans on preparation of the subject textbook and training of the teachers. He pointed out that the subject - history of religion will be voluntary and the content and standard of the subject should be discussed by interreligious commission along with the Ministry. According to him, teaching should not be confessional and the subject should aim to educate the students about the history of "main religions".

Mariam Chikobava, the representative of the Ministry of Education noted that the Ministry discusses the issue of teaching religion and they will develop the standard of the subject and textbooks. She pointed out that the subject should be elective and should teach the history of religions. Apart from the Georgian Orthodox Church, Mariam Chikobava offered participation in the discussion and implementation process of the initiatives to the Council of Religions under the Auspices of Public Defender of Georgia, experts and the relevant non-governmental organizations. When asked who could teach this subject, Chikobava said, that it is preferred to select teachers of the humanitarian academic disciplines who would be trained gradually.

Shalva Tabatadze, director of the Center for Civic Integration and Inter-ethnic Relations, said that in general, teaching the history of religion is not problematic and pointed out that it has been implemented in many countries around the world. However, according to Tabatadze, there is no need of teaching religion as a separate subject, since the information on religions has already been integrated in different school subjects. Hence, it is desirable to preserve the current approach. Tabatadze said, in case of teaching history of religions as a separate subject, the risks of indoctrination and proselytism at schools will increase. Also, additional human and financial resources will be needed, and the State, supposedly is not ready for allocating such funds.

Bishop Rusudan Gotsiridze spoke about existence of discriminatory school environment for religious minority pupils, the practice of indoctrination of students and the risks the implementation of new subject could contain. She also overviewed the recommendations of the Council of Religions under the auspices of The Public Defender. The document reflects the existing problems related to freedom of religion and religious neutrality in public schools and offers relevant recommendations to the State.

After the speeches the speakers answered the questions of the audience. The questions and views expressed by the attendees were related to the content of the new school subject, the arguments on teaching religion in schools, the issue of the multilateral engagement in the preparation of new textbooks etc. It was mentioned, that there are instances of indoctrination, proselytism and discrimination at public schools and with aim of prevention of such practice, it is necessary for the State to take effective measures and meet the legal requirements.

The discussion was attended by the representatives of Public Defender’s Office, religious and international organizations and media.

The cycle of discussions organized by TDI aims to promote multilateral dialogue on the issues related to freedom of religion and tolerance through the support of the United States Agency for International Development (USAID) within “Promoting Integration, Tolerance and Awareness Program in Georgia” [PITA] program, implemented by the UN Association of Georgia (UNAG). 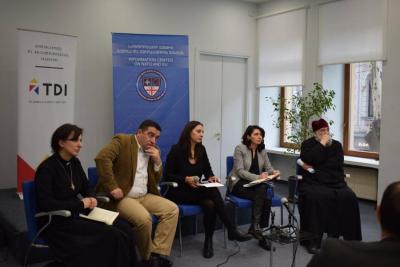 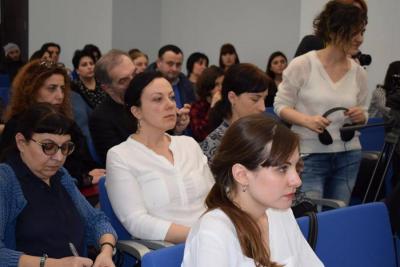 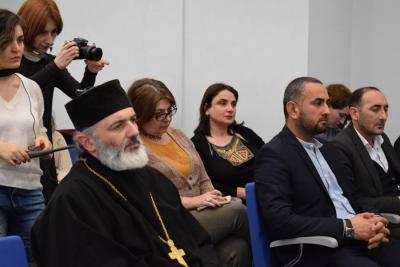 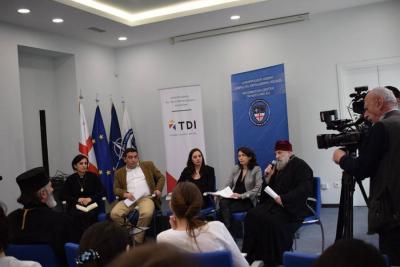 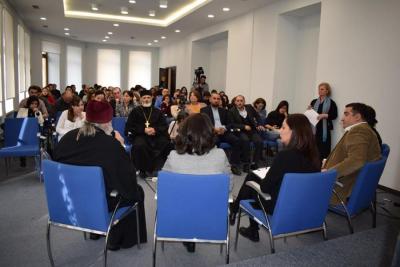 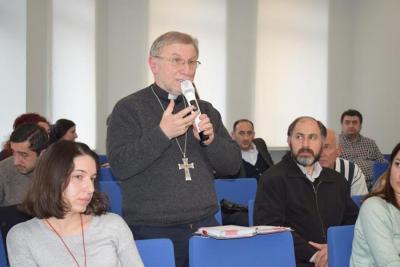 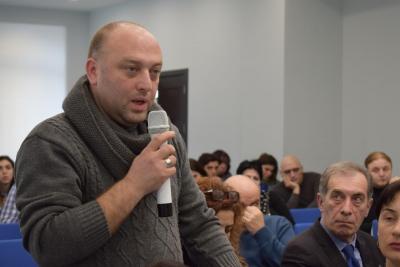 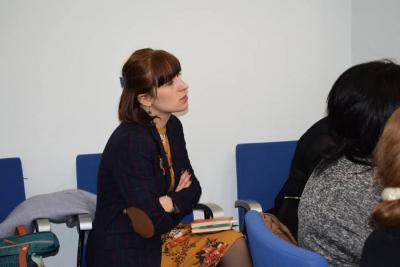