The third Ministerial to Advance Freedom of Religion and Belief was organized on 16-17 November. This year event was hosted by the Foreign Ministry of Poland, co-organized with the US Department of State.

One of the sessions of the event was dedicated to the topic of interrelation between freedom of religion and belief and security. Mariam Gavtadze, as a member of the OSCE/ODIHR Panel of Experts on FoRB delivered the speech on screening, monitoring, and searches in places of worship and meeting places and security.

The Ministerial to Advance Freedom of Religion and Belief brings together state, religious, and civil society leaders from around the world to discuss the challenges facing religious freedom, identify means to address religious persecution and discrimination worldwide, and promote greater respect and preservation of religious liberty for all. This event focuses on concrete outcomes that reaffirm international commitments to promote religious freedom and produce real, positive change. 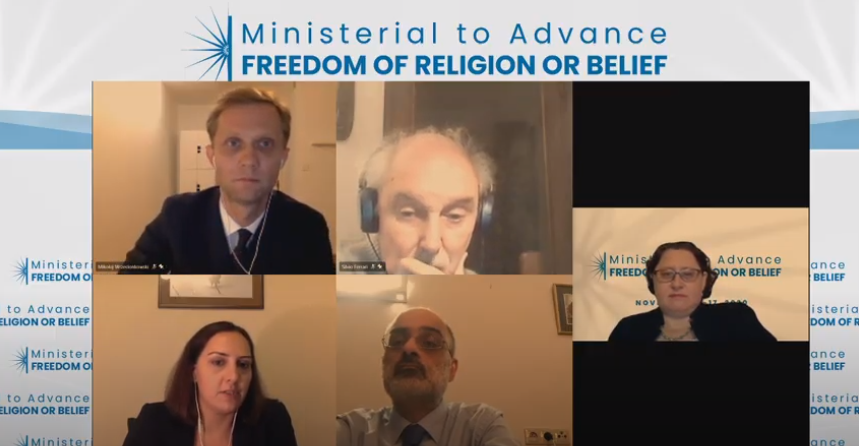