Meeting on the Restitution Issues and Tandoyants Church Case

On March 27, Tolerance and Diversity Institute (TDI) and Human Rights Education and Monitoring Center (EMC) organized a round-table meeting on the topic: the case of Tandoyants Church and the problem of restitution of property of religious organizations.

The event was attended by the representatives of diplomatic missions, international organizations, NGOs working on human rights issues, art/history experts and leaders of religious associations. The goal of the meeting was to present the ongoing case details and historic and architectural research findings on the Armenian church (Tandoyants), also to overview and discuss the problem of restitution of the houses of worship confiscated from religious organizations during the Soviet period.

The meeting was led by Mako Gavtadze - member of TDI’s board of directors and Tamta Mikeladze - director of EMC’s equality policy program. Ekaterine Bokuchava, Director of Promoting Rule of Law in Georgia’s (PROLoG) Access to Justice program addressed the guests with a welcome speech.

The first session of the meeting was dedicated to the issue of transferring ownership rights of historical Armenian church Tandoyants Surb Astvatsatsin (Tandoyants St. Mary Church) to the Georgian Orthodox Church (GOC) Patriarchate. On the case of Tandoyants Church the Eparchy of Armenian Apostolic Church is represented by TDI and EMC at court and administrative bodies. Lawyers of both organizations - TDI and EMC - Gvantsa Lomaia and Eto Gvritishvili presented the legal assessment of the church transfer and overviewed the ongoing process.

Bishop of the Armenian Apostolic Church (AAC) Vazgen Mirzakhanyan addressed the participants of the meeting. He overviewed the history and contribution of Armenian Apostolic Church in Georgia. Since restoration of Georgia’s independence, the Eparchy has been expecting restitution of the historic temples. Besides, even those temples, where the AAC eparchy serves nowadays, are under the state ownership. According to the Bishop, the issue of 7 historical temples is still unclear. The Armenian Church is particularly concerned about the fact of transferring Armenian Tandoyants Surb Astvatsatsin temple to the GOC Patriarchate in 2017. Bishop Vazgen also noted, that besides returning the historical property, it is very important to preserve the cultural heritage of Georgia.

The art historian Natalia Chitishvili presented the results of historical-architectural research of Tandoyants Church, which, based on historical materials, maps, archival documents and other valid sources confirms the fact, that mentioned building  belonged to Armenian Apostolic Church before the Soviet occupation.

Arusyak Terchanyan, the doctor of history studies, also overviewd the archival and historical documents proving the Armenian origin of the Tandoyants Church.

The representative of ICOMOS Georgia, restoration architect Nato Tsintsabadze, while discussing Tandoyants Church case, outlined the importance of maintaining the authenticity of cultural heritage monuments. According to  her, attention must be paid to the cultural importance of the existing building and preserving its value, rather than examining the archaeological layers under the Church.

The second part of the meeting was dedicated to the restitution of religious buildings confiscated during the Soviet period. The speeches were delivered by the representative of The Public Defender’s office, Tatuli Todua, The Bishop of the Catholic Church Giuseppe Pasotto and The Bishop of the Evangelical-Lutheran Church, Markus Schoch.

Tatuli Todua overviewed recommendations of the Public Defender (Ombudsman) of Georgia which are issued towards the State and are related to both - systemic problems and individual cases (i.e. Mokhe Mosque case, Tbilisi Tandoyants Church case). The Public Defender has been publishing recommendations on the problem of religious property restitution for the last ten years already. However, the state has not taken any effective steps to solve the problem. According to Ms. Todua, in addition to other challenges, certain provisions of Georgian law on State Property is also an obstacle for religious organizations to return the confiscated property. Tatuli Todua said that Council of Religions under the Public Defender of Georgia is constantly speaking about the problem of returning religious buildings.

The bishop of the Catholic Church, Giuseppe Pasotto spoke about the problem of restitution. He listed the historical Catholic churches that were transferred to the Georgian Orthodox Church after the restoration of independence. The Catholic community in Georgia is still unable to return these churches. According to the Bishop, these churches are monuments of cultural heritage, however under the GOC’s ownership appearance of these buildings is being permanently modified and damaged.

The Bishop of Evangelical-Lutheran Church, Markus Schoch spoke about the history and contribution of Germans and Lutheran church in Georgia, overviewed the confiscated churches, educational institutions and other properties. Considerable number of  Evangelical-Lutheran Churches were functioning in Tbilisi and the regions, part of which was destroyed during the Soviet period and part exists today with the changed purpose. According to the bishop, nowadays old Lutheran churches are located in Asureti, Bolnisi and Trialeti, however they still are not returned to the Evangelical-Lutheran Church. Even the main church located in Tbilisi is not owned by the religious organization, as it is the state owned property.

During the Q&A and discussions, participants of the meeting spoke about the problem of restitution. It was mentioned that The State Agency For Religious Issues (SARI), operating under The Prime Minister of Georgia, has only the buffer purpose and does not respond to its main goals. According to the participants, SARI avoids the problem of restitution of religious buildings. It was underlined by the attendees of the meeting, that  in order to solve the restitution problem and to achieve equality for all religious organizations, there should be a political will, however there is an absence of such will. It was also mentioned that discrimination and the problems like those discussed during the meeting, are often caused by ethnocentrism and the influence of Soviet ethnonationalism. It was noted that the legal process and litigation is one of the most adequate solutions for the problem.

The round-table was organized by Tolerance and Diversity Institute (TDI) and Human Rights Education and Monitoring Center (EMC). The meeting was supported by the project Promoting Rule of Law in Georgia (PROLoG), implemented by East-West Management Institute (EWMI) and funded by US Agency for International Development (USAID). 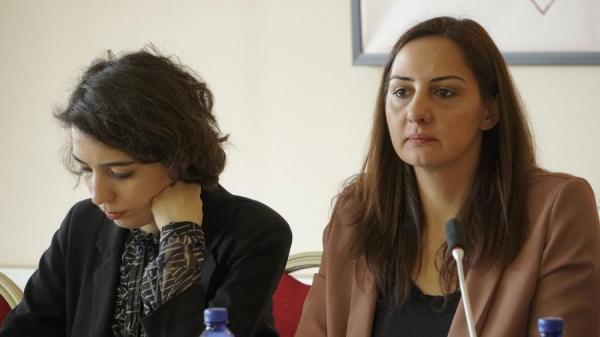 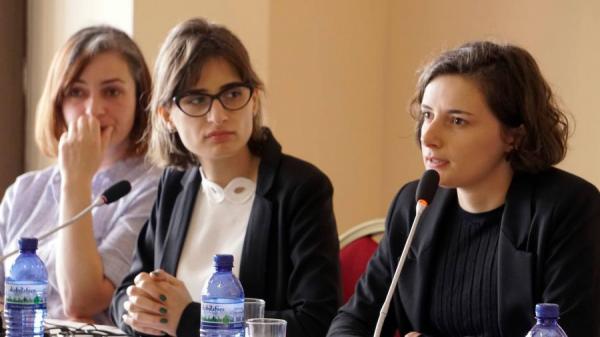 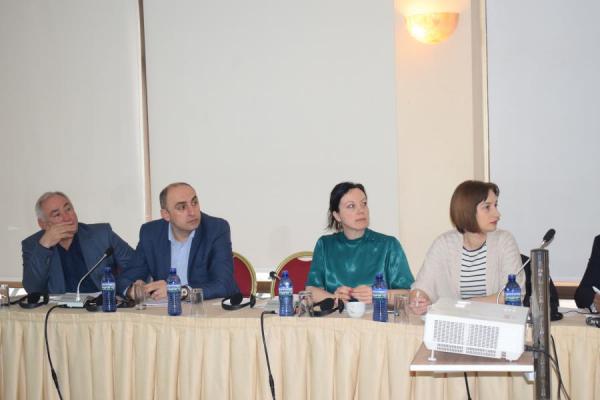 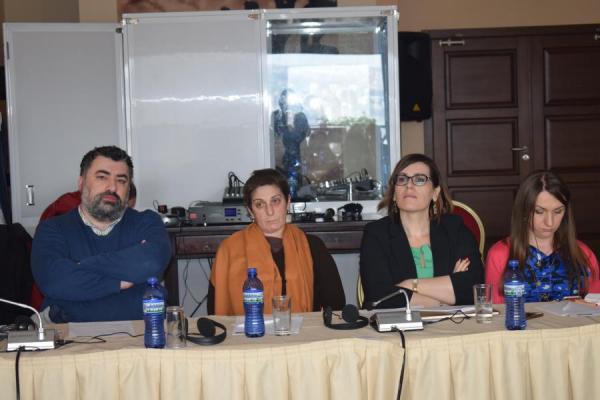 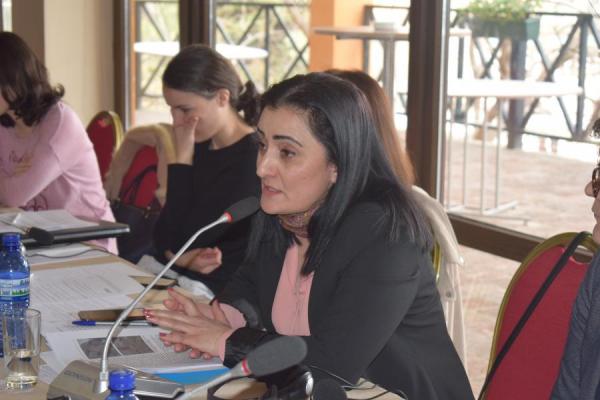 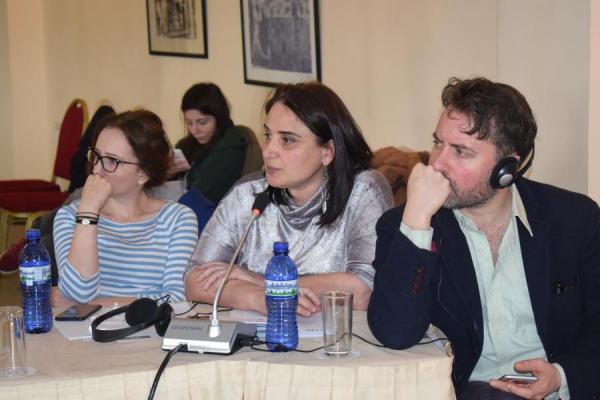 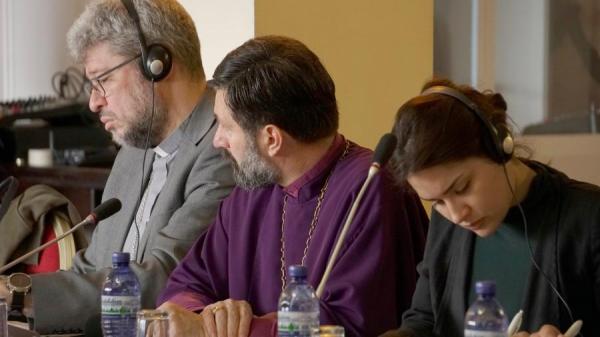