The Tolerance and Diversity Institute (TDI) responds to xenophobic statements released by the third president of Georgia, the leader of the “United National Movement”, Mikheil Saakashvili.

On September 9, Saakashvili shared a video and spoke about Georgia’s migration policy:

“During 2016, 9 700 construction permits and therefore residence permits were issued. Out of these, 20% were employed on low-level construction works, 20% auto-repair and mechanics, 11% as managing directors and at chief executive positions, 7% were employed as drivers. So, this statistics clearly show that jobs for Georgians were taken by poor Iranians, Turkish people and other foreigners. Instead of wealthy investors, who would create jobs for Georgians, we got penniless migrants, who can hardly find jobs even for themselves. In fact, I had been granting citizenship to the citizens of the Republic of Turkey, also in less cases to the citizens of Iran, but 99% of them were ethnic Georgians”.

The statistics mentioned in the statement substantially differ from each other, data is chosen selectively and represents false information.

According to the Georgian “Law on Legal Status of Foreigners and Stateless Persons”, temporary residence permits in Georgia are issued according to the specific categories[1].

According to the information obtained by TDI from LEPL Public Services Development Agency, in 2016, 15 510 applicants received temporary residence permits, among them 1,584 applicants were from the Islamic Republic of Iran and  2,230 persons from the Republic of Turkey. 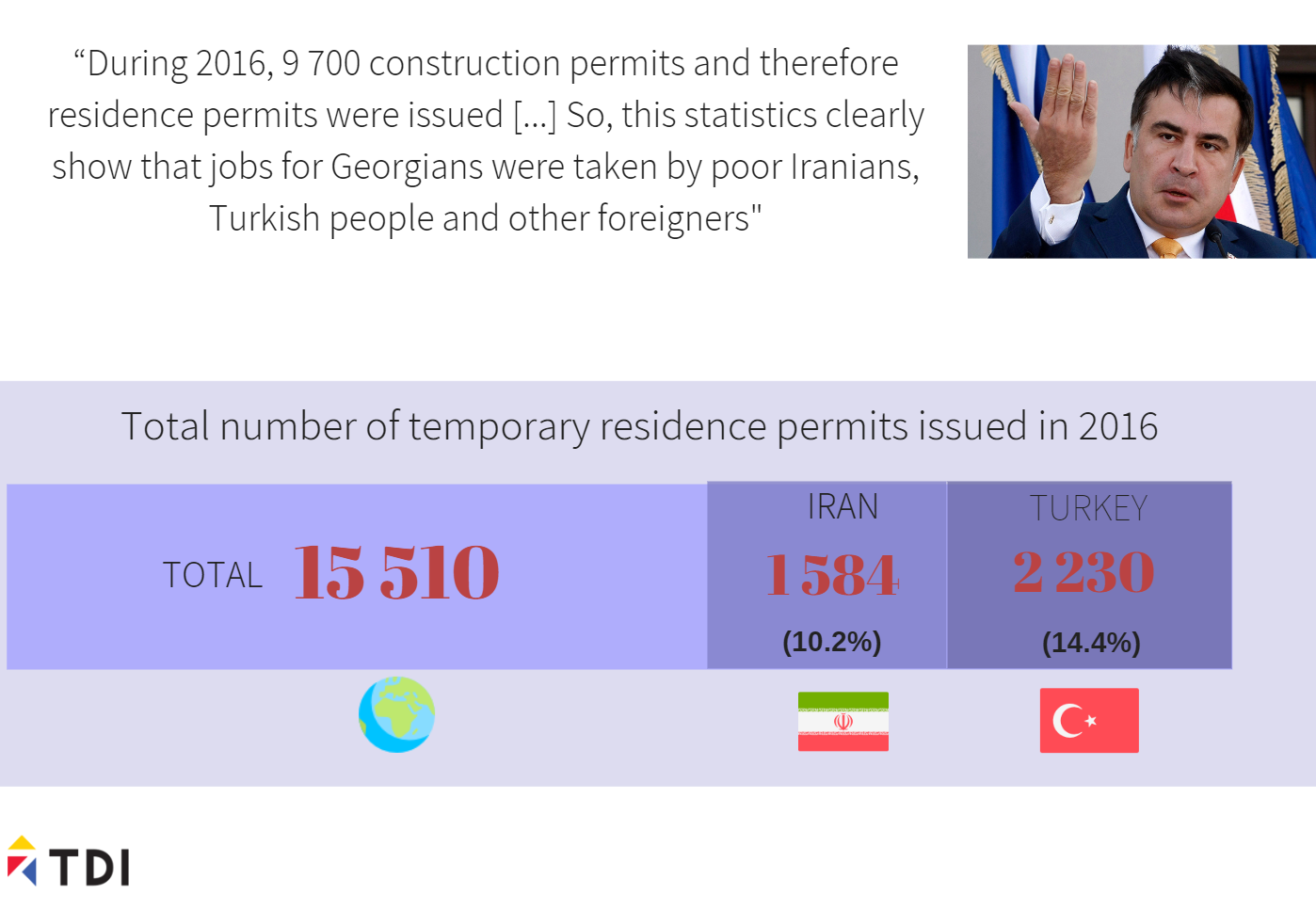 In addition to the above-mentioned statement, Mikheil Saakashvili also made the following comment on September 1: "Margvelashvili [current president of Georgia] took away my citizenship but granted it to 5 000 Iranians. Continue your nation’s history…”. This information provided by the former president, is also incorrect. 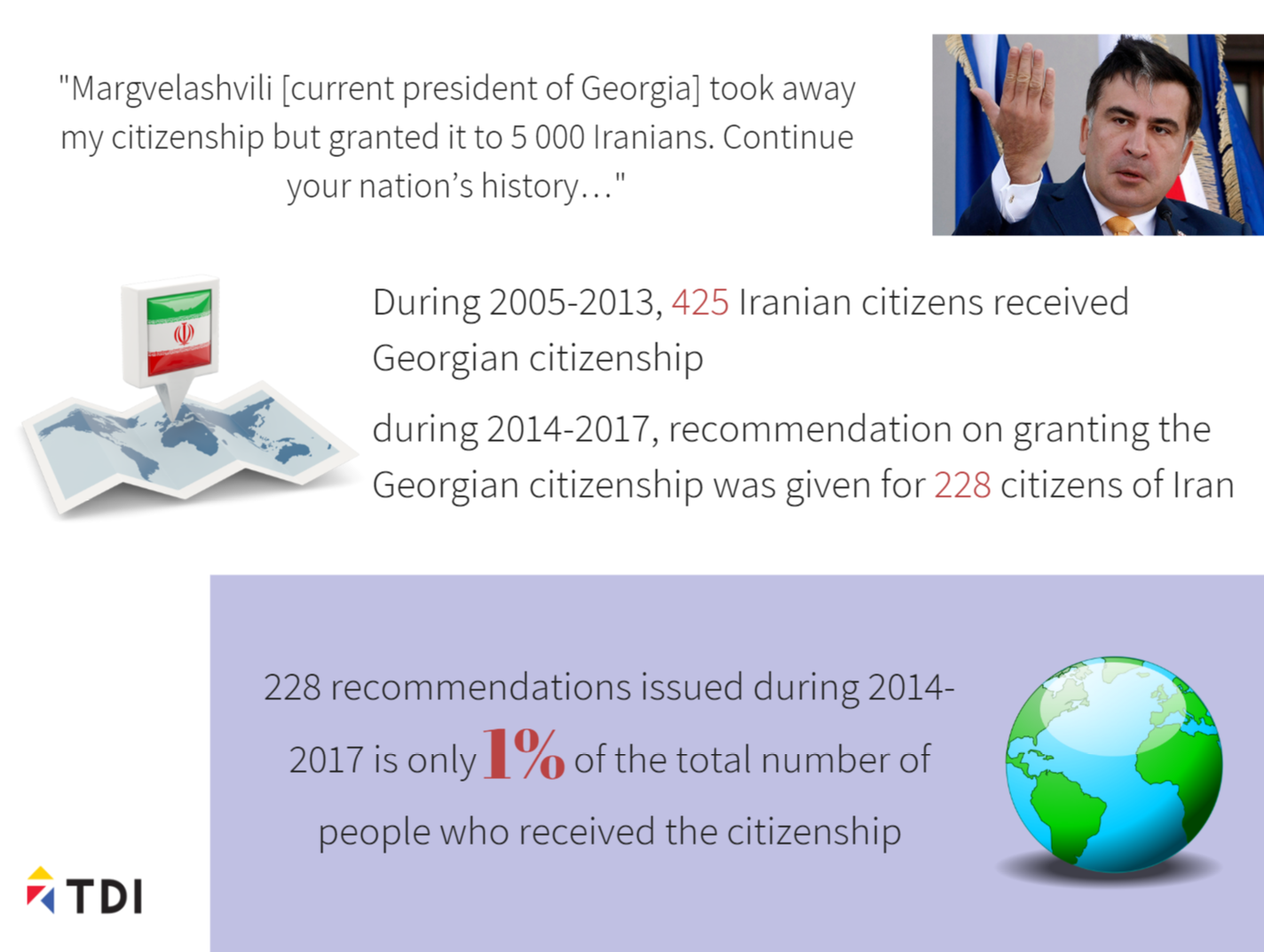 On August 31, in his video address Mikheil Saakashvili stated:

“Today, tourists enter Georgia with their own food, with their cul sprat and sausage. They enter Georgia by car from Russia, Turkey or Iran and practically, do not spend any money in Georgia”.

In fact, the total revenue of touristic sector since 2012 has practically been doubled and exceeds $2.7 billion. The share of tourism in the economy of the country has also been raised and reaches 6.9%.

TDI believes, that the recent rhetoric of ex-president Mikheil Saakashvili, who is the leader of one of the strongest opposition coalition, is xenophobic and encourages intolerance against foreigners residing in Georgia. Considering the growing number of different radical, fascist and racist groups, such approach is particularly alarming.

TDI: Georgia is at a critical crossroads

Address of Georgian citizens to the European Union

The ruling party’s attacks on Western partners is alarming